Join us for our first annual Cloud Campaign end of year Webinar! At the event, we will be giving out awards and free Cloud Campaign swag to all of our current customers!

Ryan and I will be answering any questions and discussing our roadmap and the new features planned for the coming year. Come hang out and meet like-minded digital marketers and business owners!

Facebook announced this week that they found another API bug which may have affected millions of profiles.  Here is what they said in their press release:

Our internal team discovered a photo API bug that may have affected people who used Facebook Login and granted permission to third-party apps to access their photos. We have fixed the issue but, because of this bug, some third-party apps may have had access to a broader set of photos than usual for 12 days between September 13 to September 25, 2018.

When someone gives permission for an app to access their photos on Facebook, we usually only grant the app access to photos people share on their timeline. In this case, the bug potentially gave developers access to other photos, such as those shared on Marketplace or Facebook Stories. The bug also impacted photos that people uploaded to Facebook but chose not to post. For example, if someone uploads a photo to Facebook but doesn’t finish posting it – maybe because they’ve lost reception or walked into a meeting – we store a copy of that photo for three days so the person has it when they come back to the app to complete their post.

They believe it affected 6.8 million users and up to 1,500 apps built by 876 separate developers. The team plans to release tools next week which will allow developers to see which people may have been impacted.

This week, Twitter also announced that their team discovered an error which may have exposed specific user information via the platform’s support forums. Here is what they had to say about the breach in their release:

Twitter has not revealed the scope of the issue but did explain that it only affected those who have used specific support forums. The report went on to say that the bulk of those exploiting the issue seemed to be state actors from China and Saudi Arabia:

Since we became aware of the issue, we have been investigating the origins and background in order to provide you with as much information as possible. During our investigation, we noticed some unusual activity involving the affected customer support form API. Specifically, we observed a large number of inquiries coming from individual IP addresses located in China and Saudi Arabia. While we cannot confirm intent or attribution for certain, it is possible that some of these IP addresses may have ties to state-sponsored actors. We continue to err on the side of full transparency in this area and have updated law enforcement on our findings.

We will keep you updated as this story unfolds.

Facebook has released three new camera functions for the Messenger App. The new tools include a Boomerang mode where a short video clip plays on repeat, a Selfie mode which will blur the background of the picture, and a new AR component to Messenger photos. This will allow users to put ‘Stickers’ on real-world items.

You can see a visual representation of the three items in the image below, provided by Theverge.com 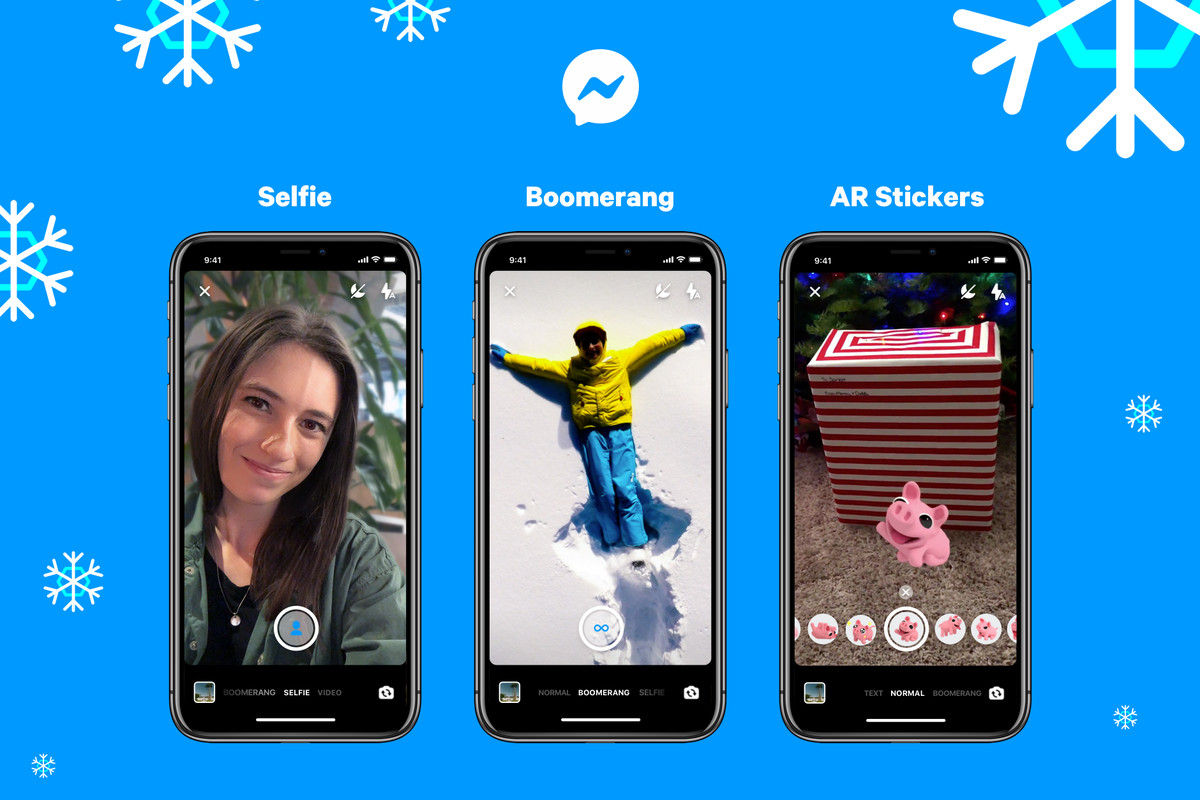 Beginning in 2019, YouTube will be releasing an update to its Call To Action buttons.

As Google explains, Making videos more interactive helps viewers learn more about your brand and take the desired actions. Their release went on to describe the new features:

When your primary objective is driving conversions or clicks to your website, we recommend using TrueView for action, our ad format that comes with built-in features like a call-to-action displayed while your ad runs and after it ends. It’s a great example of how interactive elements can enhance viewer engagement and help you better achieve your marketing goals.

When you want to offer a call-to-action, but your primary objective is something other than clicks or conversions (such as awareness or consideration), we will offer a new call-to-action extension that can be applied to TrueView in-stream ads, and later, to Bumper ads and TrueView video discovery ads.

They have even now included the option to use multiple of these features simultaneously.

This week, Google announced its annual list of the most searched terms of the year. You can see the full list here, but we have included some snapshots below: 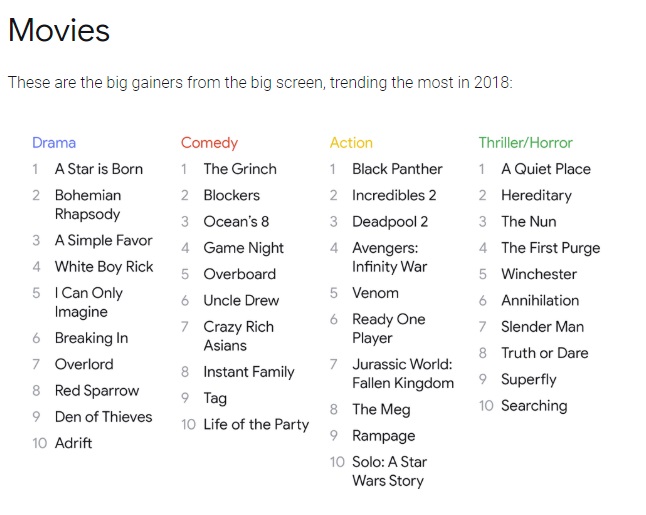